FREE INTERNATIONAL SHIPPING ON ORDERS OVER £75.

Simply the best beeswax wood polish for dark and antique woods such as antique oak, mahogany, walnut, elm or similar dark coloured woods. Made in the UK.

Environmental preservation is very important to us and we make every effort to ensure our products have a minimal impact on the environment:

contacting Gilboys for advice on refreshing the case of my longcase clock, Simon promptly replied recomending I try using the antique gold wax. It has totally transformed the case of the 18th century oak case.the wax is easy to apply and buff.Great product and customer service.
Thanks Harvey.

Hi, this is my second purchase this one is for a friend, you wax is the best one I have used, I am happy to recommend it to anyone regards Deborah Rymer

Wonderful personal touches with this product- handwritten personal card and advice for use - contact for more advice as needed. I haven’t used it yet but if the product is as good as the service I’ll be over the moon

My third order...and I've moved up to litres (have six chairs to do!) The wax is great, but even better is the people and expertise that stand behind the product.

Couldn’t fault the product or the customer service

I bought this wax as a cheap alternative to having several items of Burr Walnut furniture re-French polished which was going to cost quite a lot of money. I was seriously debating ‘throwing away’ this furniture due to its state. But using this wax has prolonged its life by years!

I wasn’t expecting miracles because some areas of polish were in a terrible state. However, after giving the furniture a rubdown and clean with some white spirit and a touch of meths, I applied the Rose Gold wax.

I can’t believe just how good the results are, and to be honest I cannot remember when the furniture looked so good. The areas of polish that were in a relatively decent state have buffed to a high gloss shine once again, and those areas that were in a bad state have been improved beyond recognition and you wouldn’t notice the difference between the two unless looking closely. The wax has also ‘covered’ a small area of missing veneer which is now almost indistinguishable, and sunbleached areas now have a darker subtle hue which make them less noticeable.

I absolutely recommend using the open-weave clothes that Gilboys sell…. This is not just a marketing thing! ;-) Having used a ‘normal’ cloth to buff I can confirm this can leave streaks which are difficult to remove. This just doesn’t happen with the open weave cloths.

I thoroughly recommend this wax to anyone who is looking to transform their wooden furniture. I just wish I had taken some ‘before’ pictures so I could show the difference it has made.

Thanks Guys, I have tried many different waxes over the years and this is comfortably the best of them all. The excellent service matches the quality of the product. Thanks, I will be ordering again soon!

Who knew that polishing furniture could be such a pleasure! It really is extraordinary stuff, bringing a deep lustrous shine to everything I’ve tried it on. Simon’s videos on YouTube also help to give confidence in reviving some tired finishes. However, quite apart from that, the thoughtfulness of the presentation and the ethos behind the company are second to none. I know it’s more expensive than some other products, but on this occasion it really does seem to be the case that spending a bit more buys a product that far exceeds any I’ve tried before. I think my shoes now deserve the Gilboy’s treatment!

I am a complete novice and wanted to restore an antique writing desk. I watched numerous videos of Simon working with furniture then emailed for advice. I am so grateful for the advice sent by Simon. I have done it and am so happy with the result. It is a dark piece of furniture and he suggested I use the Antique Gold. He also suggested I strip back only the top which was scratched and marked and gave me a list of what I would need. It looks great! Thank you so much for your help.

I have an Etsy shop that has some wood products with an optional wax finish. Gilboy's wax is awesome. I really love using it, and I love that it's all natural. They have a customer for life. 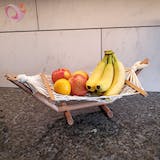